. . . To be completely honest and as far as I was concerned, photography was dead to me.

Regular visitors to the Street Photography Blog will be all too aware of my eternal battle with ‘seasonal disappointment’, brought on when the days shorten and the sky turns an uninspirational shade of morbid-grey.

In this frame of mind I would habitually ‘hibernate’ throughout each autumn and winter period, until one day the overcast horizon’s lift, that strange ‘light in the sky’ makes a much anticipated appearance, and it’s no longer necessary to wear five layers of clothing just to go shopping.

This time round however, things felt oddly different.

As I waited impatiently for the sudden and overpowering desire to hit the streets, thus beginning yet another creative cycle of picture taking, writing and tweeting, the ‘urge’ simply failed to materialize.

Something was wrong and it took several uneasy months before I realised the inescapable truth. I was bored with photography.

The reasons for this (and even now I still experience the occasional bout of ‘red mist’) I lay, in part, at the feet of Leica Camera AG. 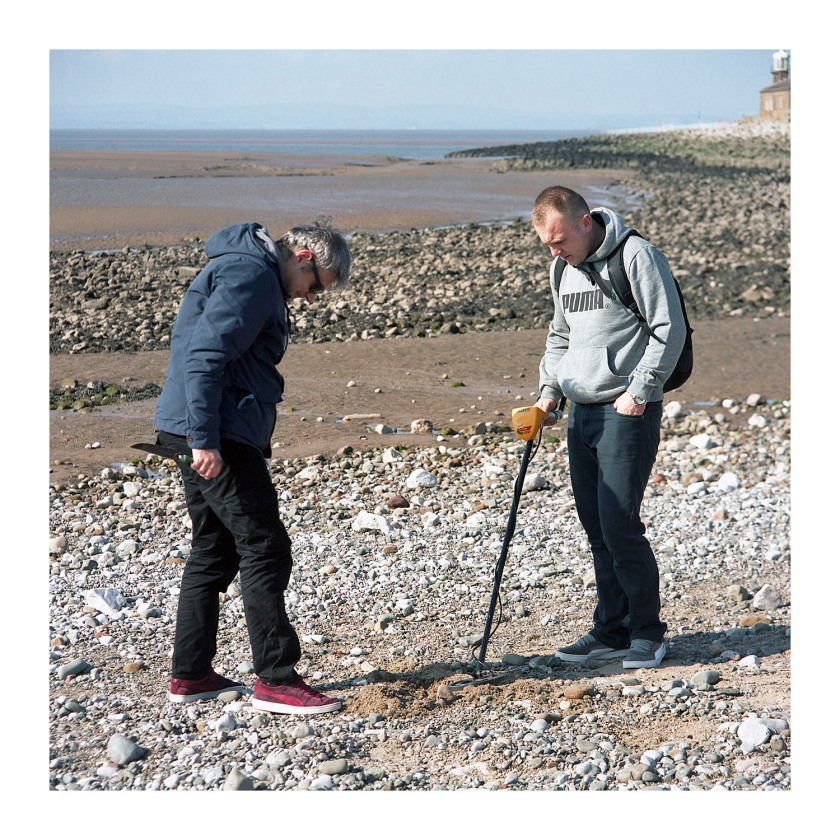 Rejected would barely cover it. Let-down, abandoned, unappreciated, worthless and incapable are all thoughts and feelings I’ve experienced to a greater or lesser degree, ever since my photographic ambitions were pummelled squarely in the groin.

I’m sure that to some degree I am to blame for this. After all, I wanted (no, needed) to further myself and my photography. To achieve this, I set myself a realistic and achievable goal, that over a period of time (four years), I would become more widely known for my photography, to the point where camera manufacturers would be willing to provide examples of their products for me to test and review.

To achieve this, I would take pictures (lots of pictures). I would travel and visit places around the UK. I would write about Street Photography and post the pictures that I’d taken.

To this end, I started the Street Photography Blog, which over a period of four years grew into a sizeable archive of articles and photographs.

Then the reviews started, firstly with myself buying a Fuji X-E1 and later, a Leica M-E which then, along with the content and readership of the blog, provided the ‘authenticity’ to request review models from Leica themselves.

Delightfully, these were readily supplied (a surreal moment indeed). At first, cameras from the ‘cheaper’ end of the range were offered, though I must have caught someone’s eye, as in no time the rarer and far more expensive models followed, such as the M-Edition 60.

It was at this point that my short-term photographic ambitions suddenly became irrelevant and moved into realms hitherto unimagined. 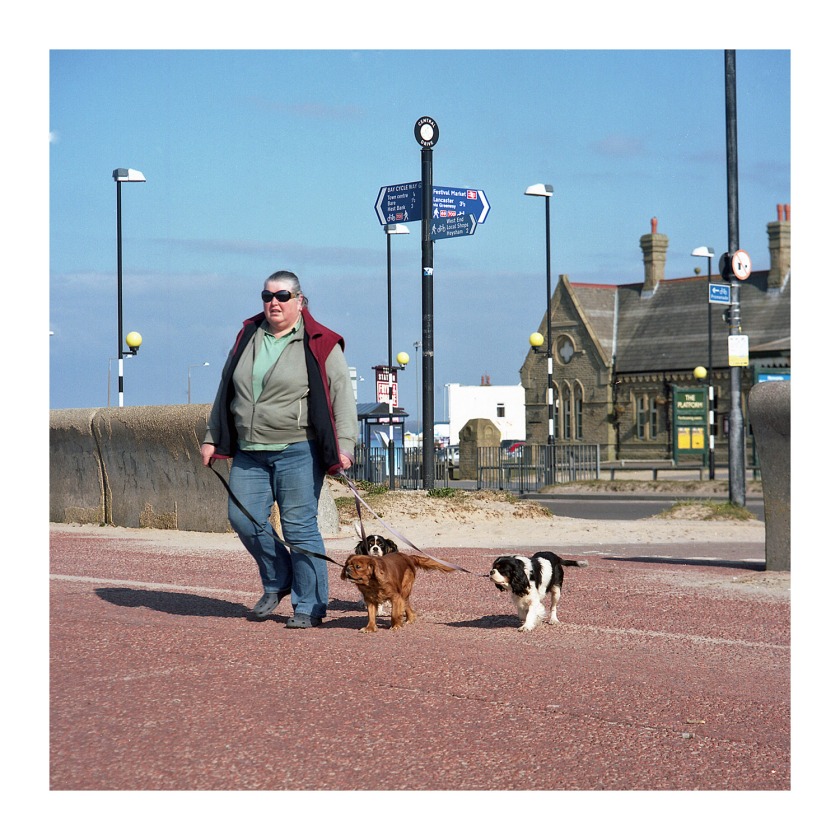 Firstly I was invited to Leica UK in London as their ‘guest’, for an ‘all expenses paid’ trip/meeting, the purpose of which was to be (until recently) a closely guarded secret, Non-Disclosure Agreement and all that.

Of course I snapped Leica’s arm off. Regardless of what was in store, this was ‘the dream’. Also, the fact that I’d never been to London before (the UK’s Street Photography capital) was an opportunity not to be missed, a further and huge help being that Leica would be paying ‘all’ of my travel and hotel expenses.

Later and ensconced in a Mayfair hotel room, I couldn’t believe my luck.

It transpired that the purpose of my visit was to review, evaluate and discuss the new and forthcoming Leica SL camera system, a full five months before anyone else got wind of it. Just myself, various Leica representatives from ‘Head Office’ and a handfull of ‘luminaries’ from the photography world.

During my visit, I’d also arranged to review ‘in the next few weeks’, the new second-generation Leica Monochrom and several lenses of my choosing.

Finally and as if events really needed to get any better, it had been agreed in principle that I would be sent on another all expenses paid trip to the new Leica Headquarters in Wetzlar, Germany and if possible, a meeting with the Leica guru himself, Stefan Daniels.

Clearly the original goals of my ‘four year plan’ had been well and truly supplanted . . .

Despite various emails requesting the Monochrom for review, or ‘any news’ on the Wetzlar trip, it was as though all lines of communication from my home in Cumbria had been severed.

Sorry I exaggerate. I did in fact receive one reply, “Who are you?”

It transpired that soon after my London visit, Leica UK had a massive internal reshuffle of staff. Despite my emailing and re-introducing myself to the new ‘crew’, I never received a reply.

None of this would matter if (despite saying otherwise), I didn’t actually care

However much I tried to convince myself, I do in fact LOVE photography – taking pictures, looking at pictures, processing film, editing pictures, photography’s copious history and the various characters that inhabit it’s world, as well as reviewing cameras. 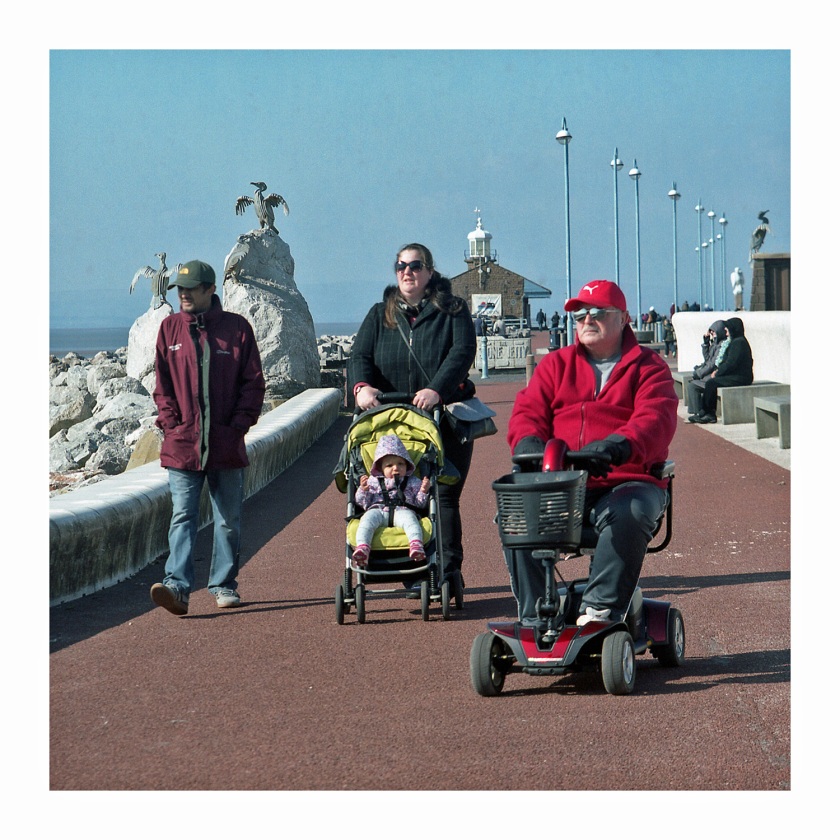 This then was the situation I found myself in, photography abandoned and forgotten. I’d even begun the laborious and painful task of selling off large ‘chunks’ of photographic kit on eBay. With my Les Paul guitar in hand and the sounds of Jimi Hendrix, Led Zeppelin and Cream playing in my head, I’d found the perfect solace for my photographic ‘blues’.

Then (out of the blue) I received an email from someone I’d never encountered before, a visitor to the Street Photography Blog, someone who’d read my article Mojo Falling, A Street Photographer’s Crisis Of faith and asking whether I would be interested in a photographic walk in March around Morecambe, along with several other keen photographers?

This knocked me back slightly and I realised quite quickly that this was probably just the ‘kick up the butt’ that I was waiting for (and so desperately needed).

Fast forward and I’d arrived in Morecambe a day earlier than planned, spending the time walking around the many and varied streets, Leica M9 in hand and photographing the countless dilapidated shops and buildings.

Next day, I met Andrew (who’d arranged the whole walkabout), as well as several other friendly and welcoming folk. Even though the forecast had been overcast and rain, refreshingly the day turned out sunny with blue sky’s. Nice. 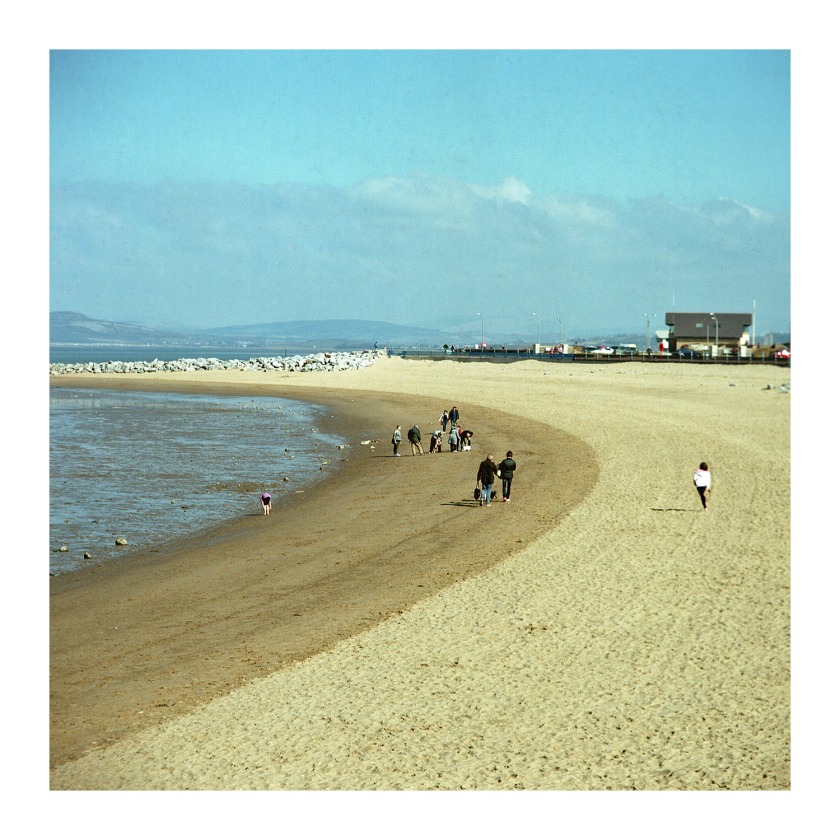 We then spent the next two hours or so meandering around, photographing anything of interest, me with the Mamiya TLR ‘brick’ hanging round my neck, doing it’s best to leave me with a pronounced hump.

Over the course of the walk, I shot two rolls of Kodak Portra 160 NC colour film, both of which had expired in 2012. I had no idea how the resulting shots would turn out, though considering the film was some four years out of date, I anticipated they may be a touch ‘arty’.

Later and receiving the processed negatives back from AG Photolab, I realised I had something to work with . . .

(P.S. I would like to thank Andrew and company on that day. Without you, this article and it’s photographs wouldn’t exist).

If you are looking to buy a Mamiya TLR camera, eBay UK always has a fine selection of used cameras here.